A delicious no bake keto blueberry cheesecake with a fluffy vanilla cheesecake sitting on top of a cinnamon almond flour crust. Only at 3g net carbs per slice you will be amazed that this sweet recipe is low carb and keto friendly. Topped with a homemade blueberry topping bursting with flavor!

Keto blueberry recipes are amazing! I have quite a few, see below. Cheesecake still stands to be one of the best desserts when beginning the keto diet. No bake versions are fluffy, creamy and easy to make over the standard baked version. My snickerdoodle is one of my top recipes to date but over the years I’ve gained some skills and this might beat it out. The blueberry topping is made from scratch from real, fresh blueberries. I like to add blueberry extract to my blueberry desserts just to boost flavor and it truly shines. The taste is subtle but noticeable when it’s not added.

How To Make Blueberry Topping For No Bake Keto Cheesecake

So, this can be a bit tricky but if you follow my directions it’s super simple. I do this method for every blueberry recipe I have. Cooking the blueberries release those natural sugars and the flavors maximize. There’s nothing like it.

When you start add fresh blueberries to a small pot. Have everything you want to add right beside you while cooking. I don’t like to leave this pot unattened. Place on medium heat, continue stirring because you don’t want them sticking. The blueberries will begin to darken, some will burst by themselves. Next, they’ll begin to release water from them. You can smash them all or a few depending on how smooth you want the texture to be.

Allow to simmer for about 3-5 minutes. Then, add in your sweetener and xanthan gum mix and continue stirring. You will notice while stirring it becoming thicker and coating the spoon. This is perfect and you can remove from heat. Add the extract now.  As it cools it’ll get thicker. Set aside and make the cheesecake.

How To Make Blueberry Cheesecake No Bake Keto Friendly

First, start with making your crust. I added cinnamon because cinnamon and blueberries are a match in heaven i.e blueberry streusel.

Make the crust then place the crust in the freezer. Cream the cream cheese in a mixing bowl.

In a bowl to the side, add heavy cream and beat until it forms stiff peaks. After, add to cheesecake mix and fold in, do not beat or mix hard. Maintain all that fluffy air by folding softly, thank me later.

Then, pull cheesecake crust from freezer and spread cheesecake filling evenly. Grab your blueberry topping and spread across no bake keto cheesecake. Place in refrigerator for an hour then serve. 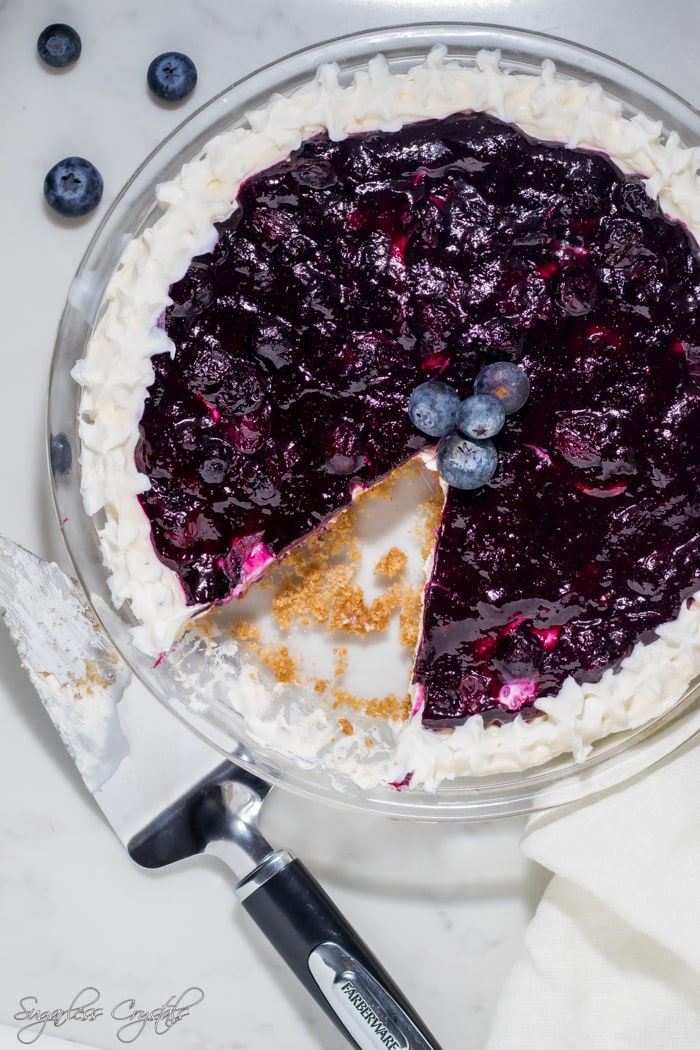 How To Store No Bake Cheesecake

Do not leave this cheesecake sitting on the counter too long. The refrigerator gives the cheesecake it’s thickness. But, leaving it out for days or so will cause it to spoil. In the refrigerator covered it’ll last a 5-7 days minimum.

You can also freeze it for later in a proper freezer storage container or bag.

When making any cheesecake on keto you must use powdered sweetener. My go to sweetener is AlluMonk by ChipMonk Baking because it’s a mix of allulose and monk fruit. Neither have an aftertaste and you get nothing but the sweet flavor of the cheesecake without the bitter, cooling effect. AlluMonk has a very fine texture where it can be used on both granulated and powdered recipes, this is rare. 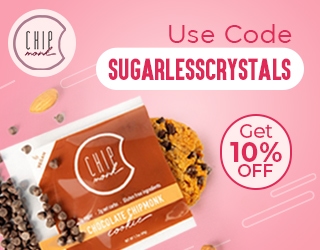