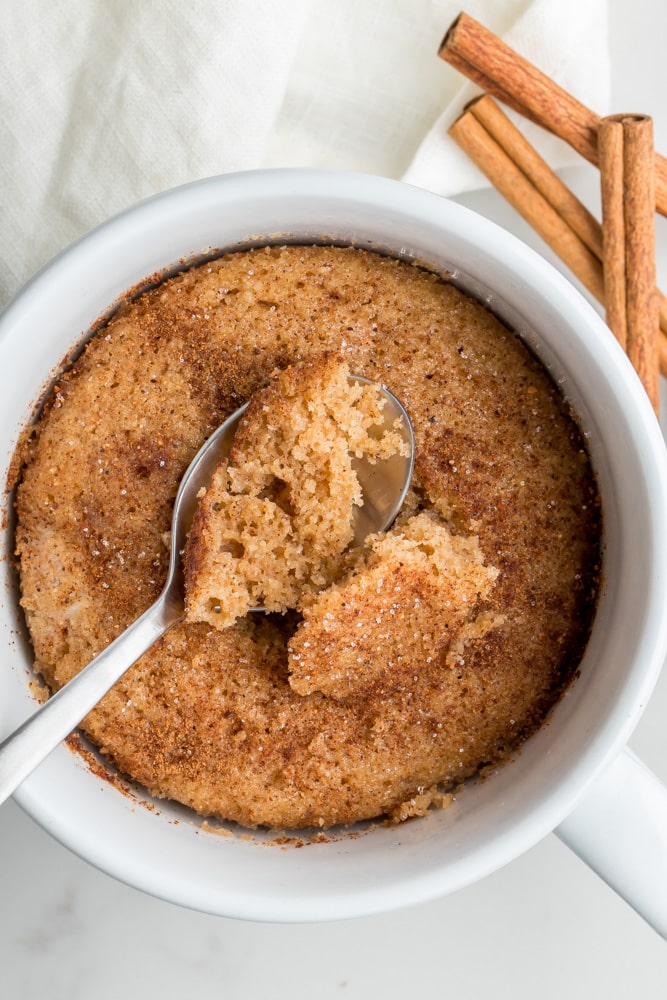 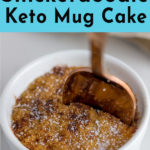 This snickerdoodle keto mug cake is easy to make with the cinnamon, tangy flavor you’d expect. Light and sweet, yet sugar free and perfect for a low carb snack!

Did you know the first cookies I can remember where snickerdoodle? I swear!

A long time ago, I remember my mother making these cookies from a bucket out of the refrigerator. I always knew they were cookies of course. Yet, there was something different about them. They were loaded with cinnamon and sugar with a underlying tangy flavor to them. Man, did I love them!

Wrong! And eventually I came across a snickerdoodle one day and tasted it. This is it! The mystery cookie that evaded me for years. I haven’t been the same since. 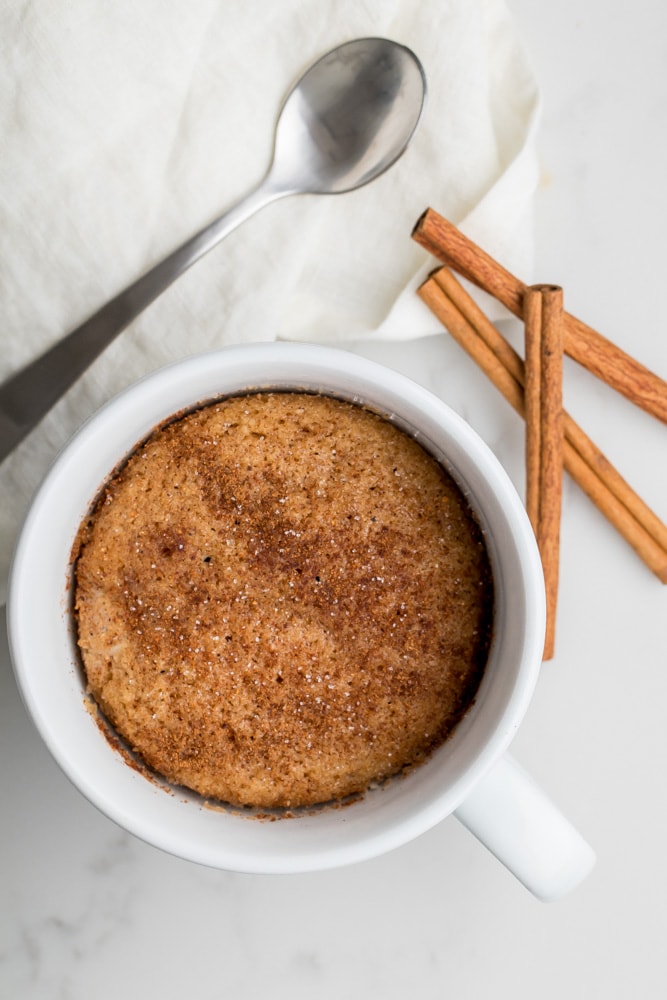 What is the difference between snickerdoodle and sugar cookies?

Now this is one I had to find out. See, it isn’t as simple as saying one has cinnamon and the other does not. The cream of tartar is the difference.

Sure the cinnamon makes an impact, but without cream of tartar it’s just a sugar cookie with cinnamon.

I had originally added sour cream into the cake. Big mistake!

You may also know baking powder or soda isn’t used, this was on purpose. I wanted to produce a denser crumb than my last keto mug cake. And, even though the cake was fine, I wanted to remove the air from it. Doing so produced a much denser crumb, adding to overall moisture.

Sprinkle with cinnamon and granulated sweetener. I highly advise this, it isn’t a snickerdoodle without the cinnamon and sugar sprinkle. You can tell a difference!

This snickerdoodle keto mug cake is a soft, dense, mug cake very similar to what you have grown to know. Topped with cinnamon and granulated sweetener for an authentic look and taste. A low carb snack adapted from an old fashioned treat made in one minute. 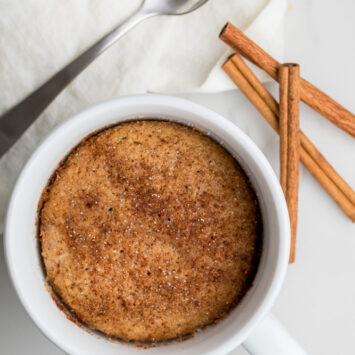 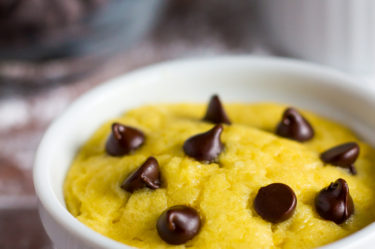 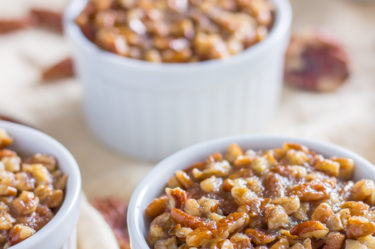 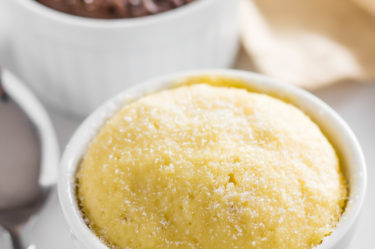