Lemon keto pound cake touched with a hint of sour cream. An easy and quick recipe this almond flour pound cake is sure to please. Only 2g net carbs per slice!

After a long-awaited time I have released my version of the keto pound cake. Not only that but in lemon flavor. Sour cream pound cake is a thing as well. To add I tossed in a small amount for a tart flavor and to help make this pound cake even more moist.

In the past, I reviewed three separate recipes of pound cake to see my competition. None of the cake textures where properly dense. Nor where they packed with the buttery flavor pound cake has. 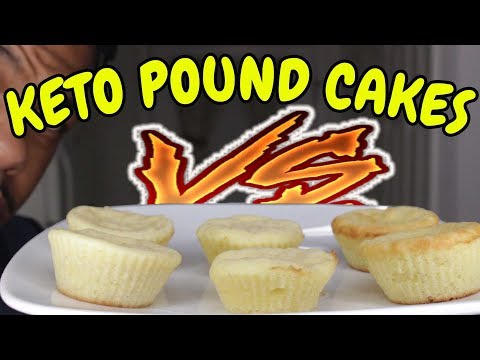 During the spring I have decided to go with the traditional lemon keto pound cake flavor. To mention a creamed lemon poppyseed glaze across the top. Bringing in that beautiful touch of real lemon in the recipe.

This pound cake is extremely easy to make. Some keto desserts can get a bit complicated but not this one. There’s not too many ways you could mess this recipe up other than using the wrong ingredients.

I creamed the butter and granulated sweetener in order to help pump a little more air into the batter. Since eyritritol doesn’t break down such as sugar it’s a waste of time to cream the butter but so much.

Preheat the oven to 325ºF. This temperature is perfect to allow the lemon keto pound cake to rise and bake very moist on the inside.

Combine almond flour, coconut flour, salt and baking soda. Leaving out the granulated sweetener since that will be creamed with the butter.

Cream butter and granulated sweetener. Not too much where you break down the butter. Just slightly beaten after they are combined. Afterward add in dry ingredients to creamed butter. Next add in your eggs and mix. Lastly add in lemon juice and place in oven.

Allow cake to rise and the lemon keto pound cake should have a nice golden crust when done. Cake should rise and form a split down the middle. After taken from the oven the cake will deflate a little. This is fine. 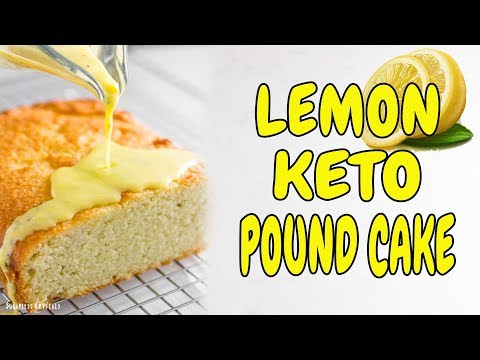 Anytime you use egg yolks to make a custard style curd, icing or glaze can be tricky. The trick is low heat and constant turning. An egg added to heat to quickly will began to fry or scramble if the heat is too high.

Start by warming heavy cream slightly. Not too hot where you can’t touch it with your finger. In a bowl mix the egg yolk and powdered sweetener. Slowly add in warmed cream in small increments to egg yolks stirring in between. This allows the egg yolks to warm before adding to heat.

After adding in all the heavy cream add in lemon juice, salt, poppy seed and liquid stevia. Pour back in small pot on low heat and began stirring. The glaze will start very liquid like and as you watch while stirring you will notice the thickening. A good measure is when the glaze begins to coat your spoon for doneness.

Full nutritional label below via Cronometer showing a full slice is only 2g net carbs each! This will vary depending on how you cut the cake. But, in the photos I do cut the slices on the thinner side.