It’s springtime, and these lemon coconut flour cupcakes surely hits the spot. I brought out taste testers for this keto dessert, and it turned out to be a hit. Two people couldn’t believe it was a sugar free cupcake, comparing it to a lemon girl scout cookie. A bit far fetched, but a compliment like that, I’ll take it. Having a tasteful, springtime healthy snack is no issue with these coconut flour cupcakes. Did I mention a sugar free whipped frosting? 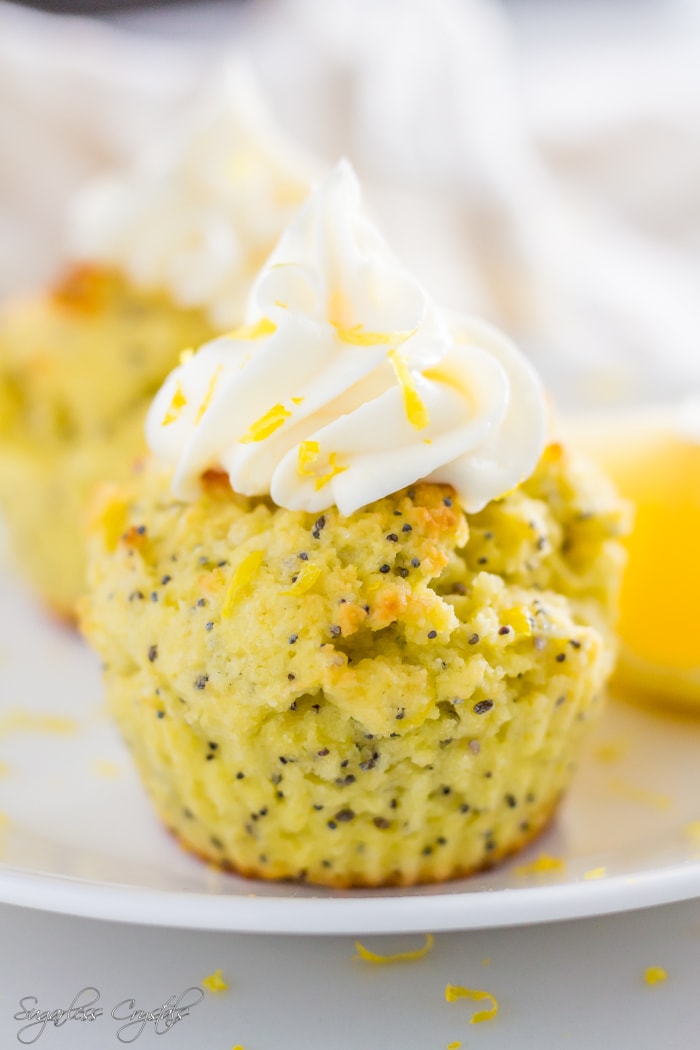 Can I be a bit bias with you?

I’m not a huge lemon dessert fan, yet I don’t hate lemon flavored things. Consequently, I’m raving about these lemon coconut flour cupcakes. Is it possible to play two sides?

In the past, I’ve had lemon pound cake quite a few times. I enjoyed it! Truly! The cake did contain sugar, so is that a fair trade? 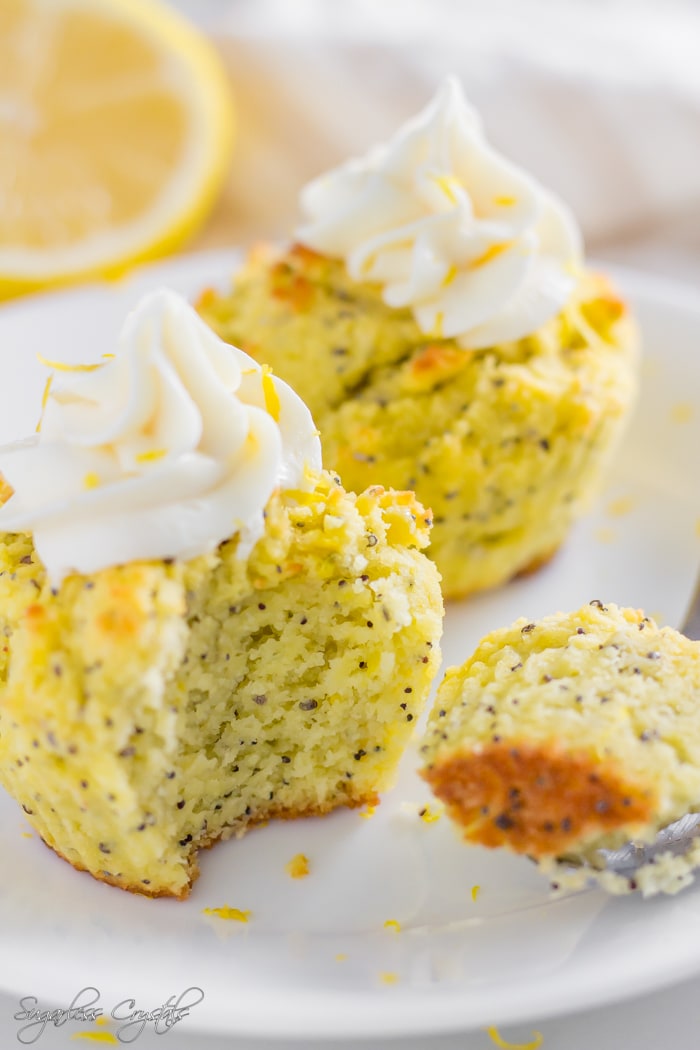 Being a beginner recipe creator, experimenting with unfamiliar flavors is exciting! Namely, sourness is one of those weird flavors you love and hate. The citrus smell of lemon is so intriguing. Putting your lips around the yellow fruit for the first pull of it’s juices. Only to realize, your jaw muscles still locked in the sucking position. All while the lemon is gone from your lips, and juice down your throat. Then you go in for another, because the paralyzation was just too good. Surprisingly, someone had the idea to make an 8 oz glass of that entire experience.

Notably, sour and sweet do wonders together. This keto dessert recipe uses monk fruit. A plant based sweetener growing in popularity. It’s highly concentrated in liquid form, as the same with stevia, but no bitter aftertaste. Exactly, why this works.

I made it my mission, that these coconut flour cupcakes wouldn’t taste like coconut. Coconut flour makes up the recipes base, along with coconut oil being added. With the exception of the icing, this recipe is completely non dairy. Lemon had to be the star, lemon zest can also help with bringing the lemon out more. While I used lemon extract, and lemon juice to help the flavor. Easy recipes are the game, not to mention they did the job. 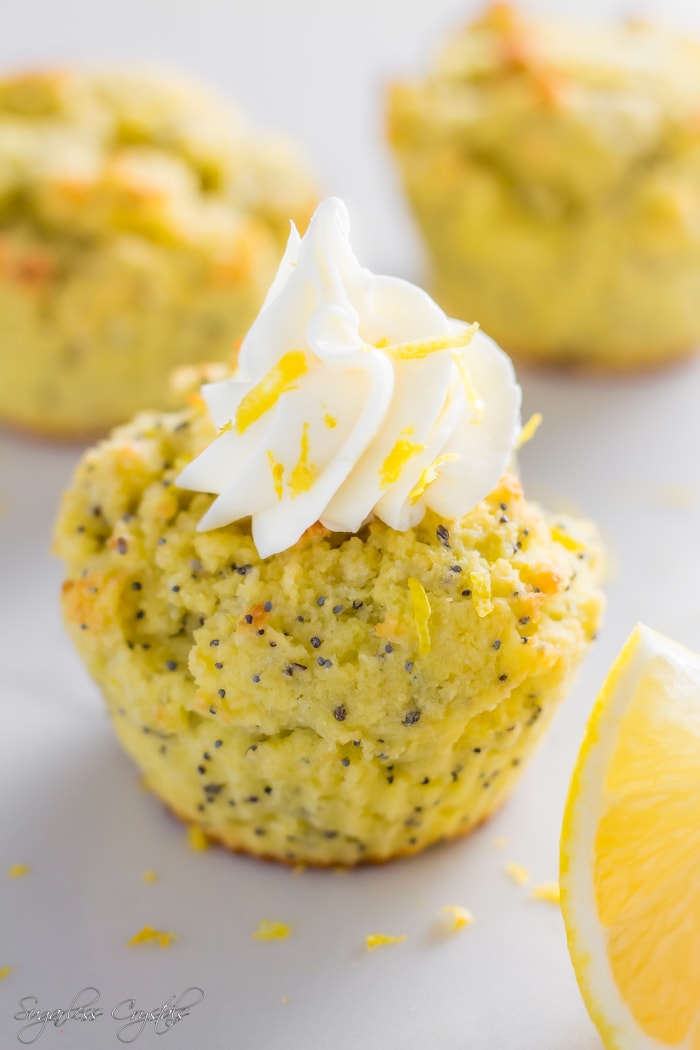 What’s a cupcake without frosting?

Chiefly, lemon reigned supreme, but I wanted peach to compliment that sour flavor. Remember sour and sweet create harmony? In creating frosting, this was the first recipe I made correctly the first time. The peach is subtle, enough where it doesn’t over power the lemon. Heed my warning! Do not overdue the peach extract! While it being super concentrated, a little goes far. The frosting isn’t very sweet, i designed it that way. Feel free to add more sweetener if you’d like. I reversed the roles here, balance ladies and gentlemen.

I adore this recipe, I took something that wasn’t important to me and made it a favorite. To take coconut flour and remove the taste is a big deal. In addition, have the cupcakes come out absolutely moist, and delicious. My keto dessert game is on the rise! These keto lemon coconut flour cupcakes, with peach whipped icing, should be at your next picnic. Keep the stomach’s tight you’ve worked hard since the beginning of the year. Let’s make it to summer’s end!

per cupcake without frosting 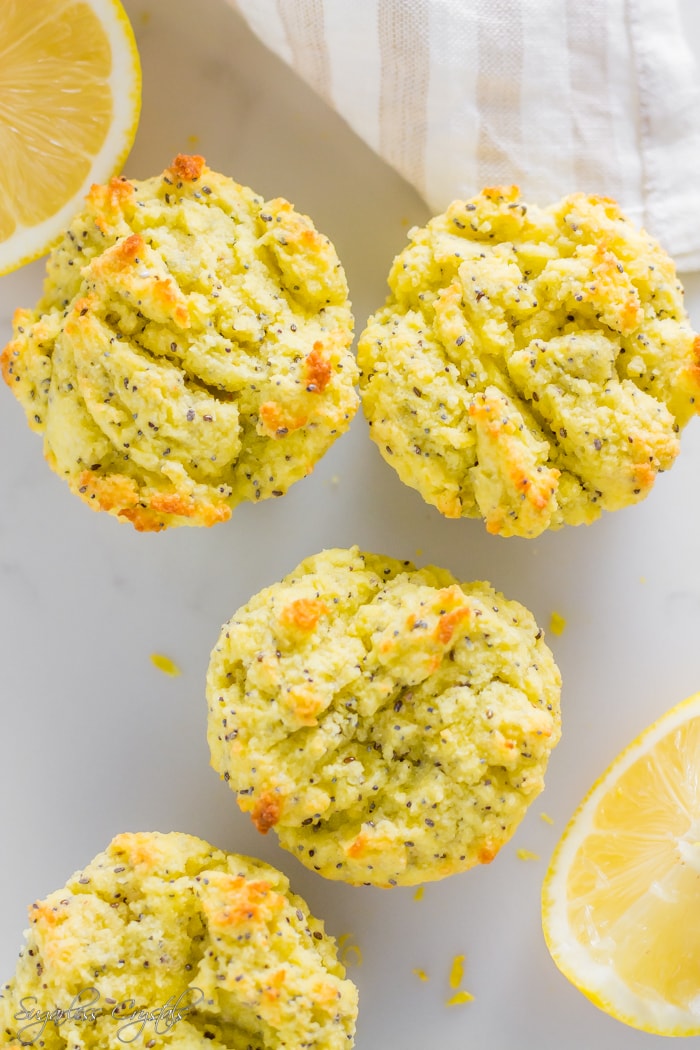 *I’m still new to recipe creation. Currently, I am in search of great ratios that work. Nothing is better than other people’s experience with cooking, when it comes to balance and texture. I received my original ratios for the coconut flour cupcakes from Health Extremist. A special thank you for your guidance for a newbie! 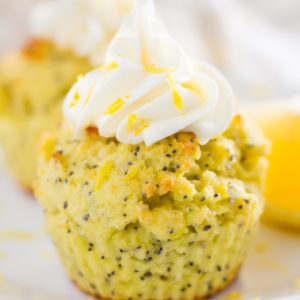 ***RECIPE REVISED*** It's springtime, and these lemon coconut flour cupcakes surely hits the spot. I brought out taste testers for this keto dessert, and it turned out to be a hit. Two people couldn't believe it was a sugar free cupcake, comparing it to a lemon girl scout cookie. A bit far fetched, but a compliment like that, I'll take it. Having a tasteful, springtime healthy snack is no issue with these coconut flour cupcakes. Did I mention a sugar free whipped frosting?
4.34 from 3 votes
Print Recipe Pin Recipe
Prep Time 10 mins
Cook Time 20 mins
Total Time 30 mins
Course Dessert
Cuisine American
Servings 8 people
Calories 157.5 kcal

***RECIPE REVISED*** *After a year worth of experience I revisited this recipe to make it far better than before. Enjoy!* Bring all ingredients for cupcakes to room tempture to prevent coconut oil from hardening during preparation. Whipped cream frosting ingredients don't have to be brought to room temperature.