How to count carbs vs net carbs can be confusing. Then you have total carbs, how do you add in fiber the list can go on and on. Even so adding in sugar alcohols such as a popular one stevia. By the end of this article on carbs vs net carbs you will be well informed and have counting carbs down packed!

So you just started keto and you have come across people telling you that you must count net carbs not total carbs. Well how to count carbs in the first place. Maybe you’re short on time, here’s a vid.

It’s easy don’t worry. Yet, I have a foolproof plan that never fails, but we will get to that later…

How to count carbs with fiber?

Take it out, take it all out! We can’t process fiber therefore, we remove it since it isn’t stored. Fiber passes through the body without a problem and fast. Oh you know! Have a high fiber meal and see where you end up in a few hours…If it takes that long. That’s why when when counting carbs do vegetables count is a no, no. Some veggies contain traces of sugar. Maybe the sure is natural but in the end it’s sugar and it counts against you.

Which carbs do count? 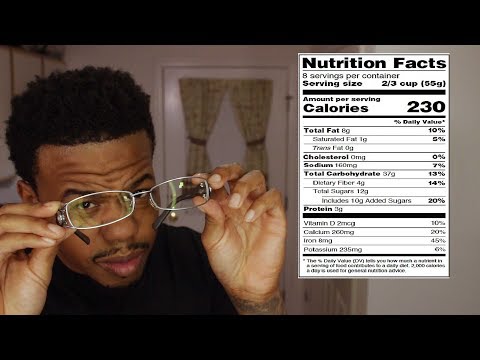 Sugar my dear and any sneaky form of it. So, it’s hard to just say because sometimes it seems we count more than sugar. It’s really a trick on the behalf of these companies using there leeway of the FDA guidelines. They could put 0 carbs as long as its under 1 carb. Sometimes, sugar alcohols won’t be listed and can throw you off your game. For instance erythritol has 4g of sugar alcohols per serving. But, by it being a sugar alcohol it passes through the body much like fiber. Therefore, we don’t count it.

So, how to count carb vs net carbs? You subtract any fiber or sugar alcohol from the total carb count. That’s it! Simple right they just make it seem hard. It’s on purpose I believe. Yet, I think we should use a dummy label for example…

Whatever this is is loaded with sugar. The total carb count is 37g. Dietary fiber is only 4g but total sugars says 12g. Then why does it have 10g of added sugar. Too ease the blow of course, it sounds better simply put. Remember, you don’t count fiber when counting carbs. So that 4g take it out. Assuming there are no sugar alcohols without seeing ingredients. Also, they aren’t listed. It’s safe to say the net carbs for this label would be 33g.

When in doubt if it doesn’t say fiber or sugar alcohols don’t take it out. So you know how to count carbs vs net carbs right?