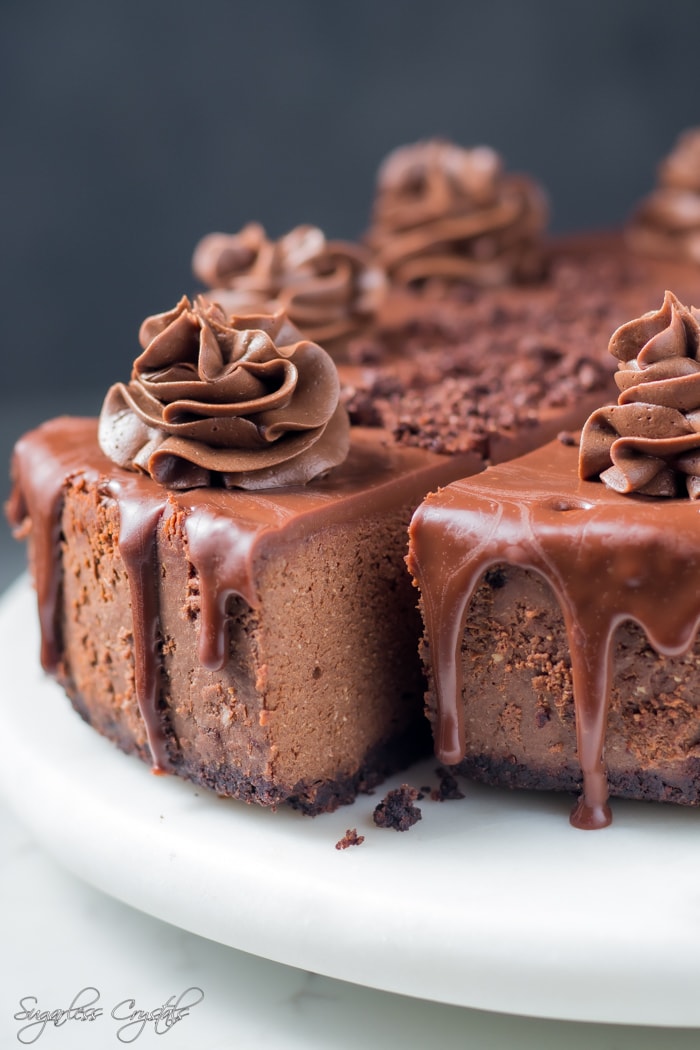 I’ve been making keto cheesecakes for a while now. But, I have always been envious because due to The Cheesecake Factory I haven’t had a keto cheesecake larger than life until now. The chocolate cookie crust using HighKey Snacks chocolate cookies and a homemade ganache I was finally satisfied. I do say be careful because I ate entirely too much and cheesecake is very, very calorie dense.

Although there is a presence of carbs in cream cheese it is keto friendly. On the keto diet you want to go for full fat cream cheese and not low fat or fat free. Fat free cream cheese has slightly less carbs but this isn’t your best friend in this situation. Fat slows down the absorption of carbs so it benefits you more to have a full fat product over a fat free one.

Does the Cheesecake Factory have sugar free cheesecake?

The cheesecake that’s sugar free at the Cheesecake Factory is made with Splenda and on a regular crust. You could skip the crust but Splenda isn’t keto approved due to the ingredients. You could easily make a basic cheesecake at home that is just as good. The problem comes in when you miss the ultimate cheesecakes such as the red velvet, Oreo dream and carrot cake cheesecakes. This recipe fixes all of this for the chocolate version anyway. 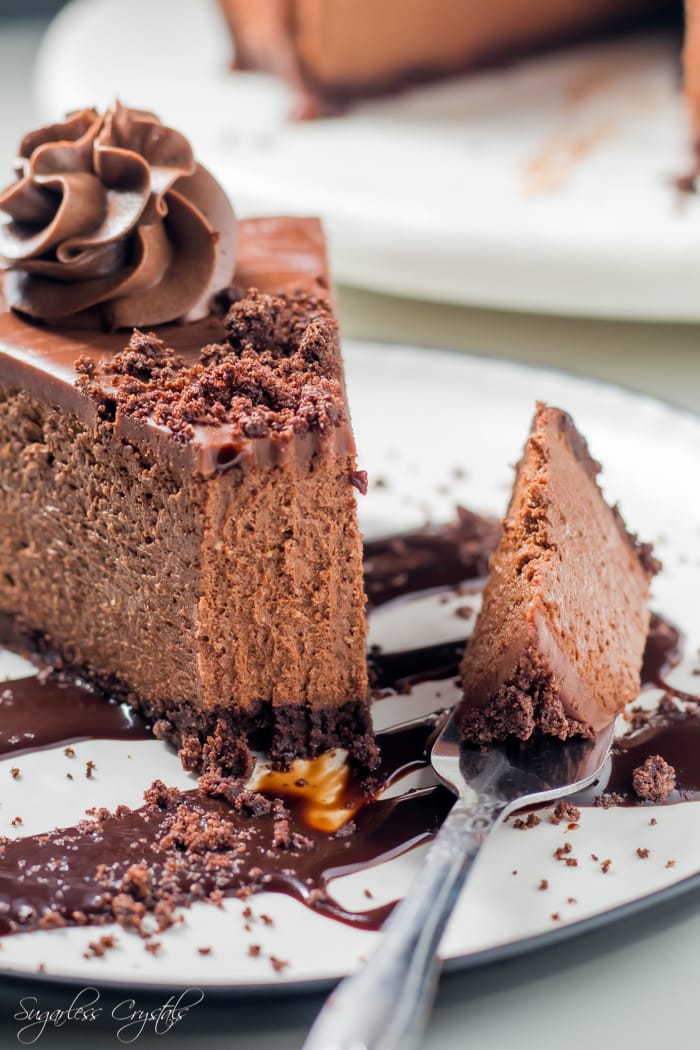 Yes, but not all chocolate is created equal. The chocolate in the stores mostly all have sugar added. Now, not all sugar is bad because in this recipe I used 95% Lindt chocolate which has very little sugar in it. Baker’s 100% chocolate is an option as well but I avoided that due to the bitter flavor. Although, I love rich chocolate there was a particular flavor that works better in desserts. Lily’s is a great brand as well which is found in most stores. In the chocolate ganache I used Lily’s milk chocolate baking chips which you can use in the cheesecake as well.

How To Make Keto Chocolate Cheesecake

Why? The flavor of the dutch process cocoa in these desserts just does wonders for a chocolate cookie crust replacement. In any regular cheesecake that is exactly what the crust would be.

In a mixing bowl, blend softened cream cheese and heavy cream together. Heavy cream is better in this recipe over sour cream. Then, add in sweetener, vanilla extract, eggs then melted chocolate.

Bake for 40-50 minutes in a preheated oven. After it’s done remove the keto chocolate cheesecake after about 30 minutes. Place on oven rack and allow to cool completely. Cover then place in the refrigerator for a minimum of 4 hours finish setting.

About 45 minutes before you’re ready to serve make your ganache. Heat heavy cream and chocolate chips then allow it to sit and cool for about 20 minutes, stirring every now and then. Pull cheesecake out and top ganache on top of cheesecake. As it sets it will harden to a semi hard state which will be the ideal time to serve. 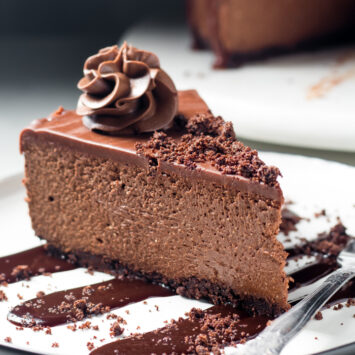