There was a time when I enjoyed the wonderful taste of Takis. The spicy kick they provided, with the nice lime flavor that followed. Thinking back maybe I enjoyed it to much. Afterwards I’d hurt a little but that’s another story.

Moving along, I came to think while preparing a new dish,”How could I be inventive?” What could stand out in flavor? In conclusion of that thinking, ladies and gentlemen…

This recipe is extremely tasty. It’s something about the flavor of the chili and lime combo that works well with this. I went searching and who knew chili lime chicken was a thing?

Maybe I should get out more?

Before even making the recipe I thought, what goes with keto chicken strips? How about some cilantro lime cauliflower rice or even my cauliflower mac and cheese recipe?

A great option for dipping is ranch dressing. Not only does ranch and chicken pair well together, it’s super delicious. Ranch is keto friendly due to the dressing being fat based with very few carbs. Fitting your macros perfectly!

I am a little iffy on this one!

Pork rinds tend to be the best due to their crunch. Almond flour breaded chicken seems to burn quicker. Nothing can produce what traditional flour provides. I mean it is man made. And this gluten free chicken is a far better option yet there are a few hoops to get that flavor you want.

Texture is key! We love crispy keto chicken strips. That crunchy chicken is everything to us and the closet thing I have even fried with always came to be pork rinds.

Are pork rinds bad for you?

On keto pork rinds are a easy way to get fats in. Not to mention a flavorful way to do so. To add I use to drench mine in some buffalo dipping sauce or plain hot sauce and vinegar.

The catch is what are they fried in? Lard will always be the option to go for. But remain weary of soybean and vegetable oil fried products.

Before diving into the recipe here is a video tutorial. 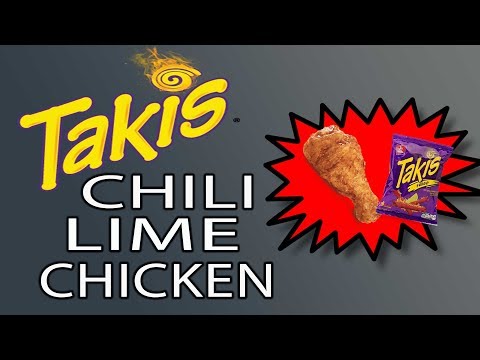 How to make keto chicken strips:

So, now that you received your dose of entertainment for today let’s dig into this recipe…

Start by making your chili powder Takis crust, these are the ingredients you’ll need.

This makes up the crust, as far as the brine goes all you need is…

Let’s say it’s just me, so I don’t require much. I used about half the life juice bottle I got from Walmart for the 5-6 chicken tenders I prepared. I made my brine that morning and allowed it to sit in the refrigerator in a bowl, wrapped in plastic until that night. The lime juice simply covered the chicken with a sprinkling of salt for seasoning of the chicken.

On to the preparation,

After you have your chicken done brining, and crust made from earlier, time to combine. If you have the same amount of chicken I use 1 egg is great. Of course, more chicken, more egg.

Dip the chicken into the crust mixture then transfer into the egg. After putting into the egg wash, toss it right back into your Takis crust mixture you made. As with anything else, it’ll be sticky but cover the best you can.

So, now the question is to freeze or not to freeze? I have done both in my trials of this thing. The end result is a bit different, but I’m not sure if it’s enough to matter. I’ll explain…

The fresh chicken cooks in the oil you choose all the way through. Due to, the chicken being frozen though the crust will hold better during the cooking process. Yet, you will have to put it in the oven for about 15-20 minutes after frying to cook all the way through. Pork rinds aren’t flour, they will burn faster.

Fried chicken has never been the issue. It has always been in the breading and the oil for frying. The best oil for frying will always be animal fat. That includes:

If you are counting your calories and meal prepping it will be much harder when frying. Due to not knowing how much of the cooking oil is absorbed into the food this will be difficult.

Side note. The oil I chose was lard. Coconut oil has such a high smoking point I knew I didn’t want rancid oil. Therefore, I went with the lard.

Either way while eating the crust seems to fall apart inside your mouth. Which isn’t a bad thing I must add.

Full recipe details and measurements down below*

I hope you enjoy this as much as I did! It truly brought back the memories of what I loved about that beloved snack. Takis keto chili lime chicken is where it’s at. Low carb and keto, I think I outdid myself.