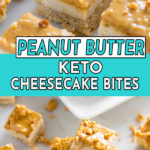 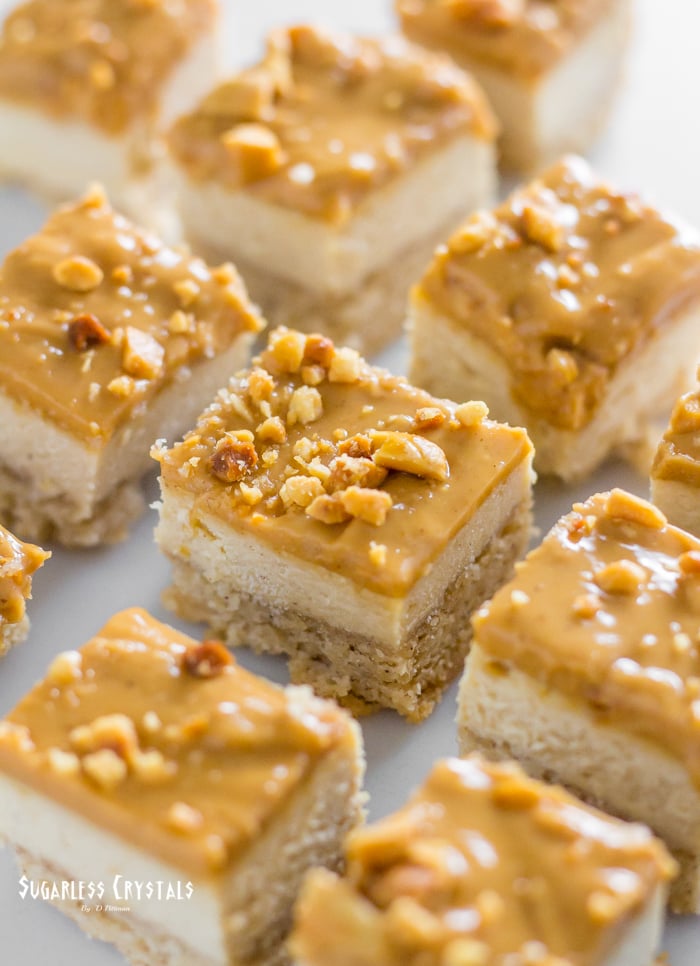 Delicious keto cheesecake bites with peanut butter rather than the classic version!

Recently I wanted to revamp my most popular two post. Peanut butter keto cookies and my classic keto cheesecake bites to better them for viewers.

In the process, I had the greatest idea. Why not combine to two?

So, you now have the delicious option for a sweet, nutty peanut butter topped cheesecake. Low carb cheesecakes are one of the easiest recipes to make.

The cooking method is really the only difficulty in making a homemade cheesecake. No bake cheesecakes are great but on the keto diet we don’t have options to buy in the store. So, we are forced to make our own. 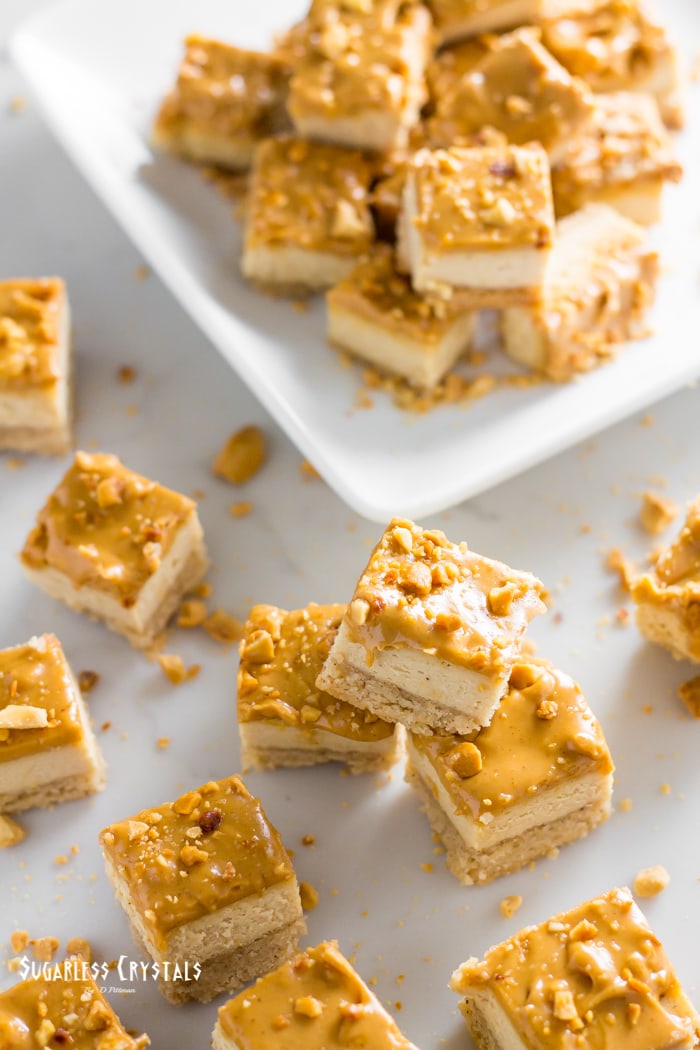 How to make keto cheesecake bites with peanut butter:

The peanut butter here is a new addition to the cheesecake bites. But, that doesn’t change up much here. Below will be a video and step by step instructions on how to make this recipe.

How many carbs in keto cheesecake?

This particular cheesecake is completely low carb. It’s high in fat so the calories will show. But below you will see full nutrition facts via Cronometer. Here you can see that it fits your macros perfectly!

The best options when it comes to keto and peanut butter are to stick with the naturals. Peanut butter in its most basic form, peanuts. Some store-bought brands don’t include salt some do. Beware of hidden sugar inside. Just take a loot at the nutrition label first! 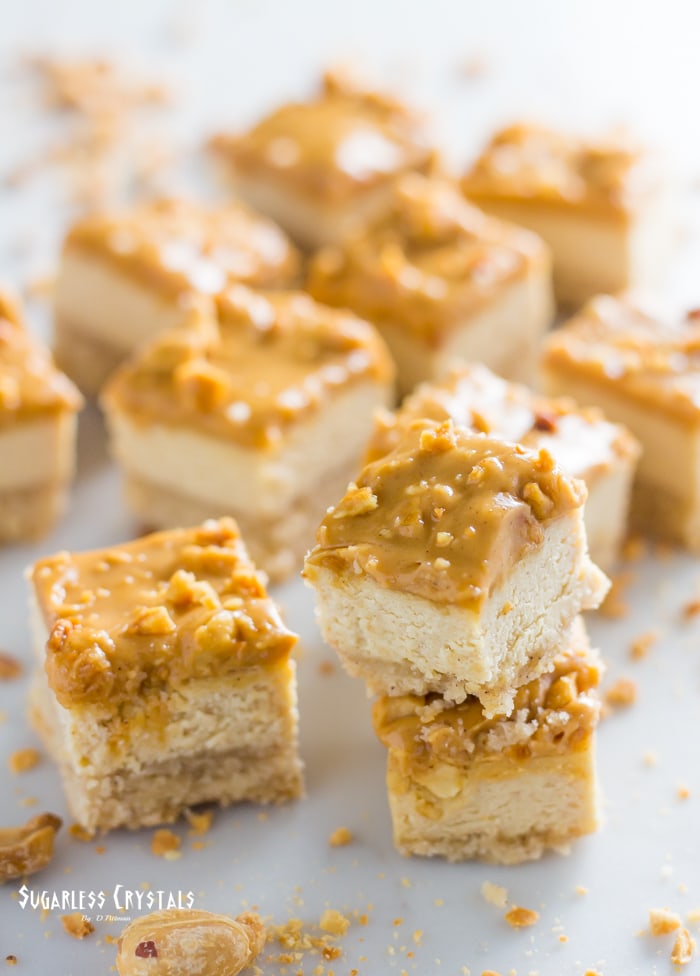 Other recipes you may enjoy