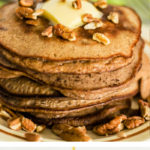 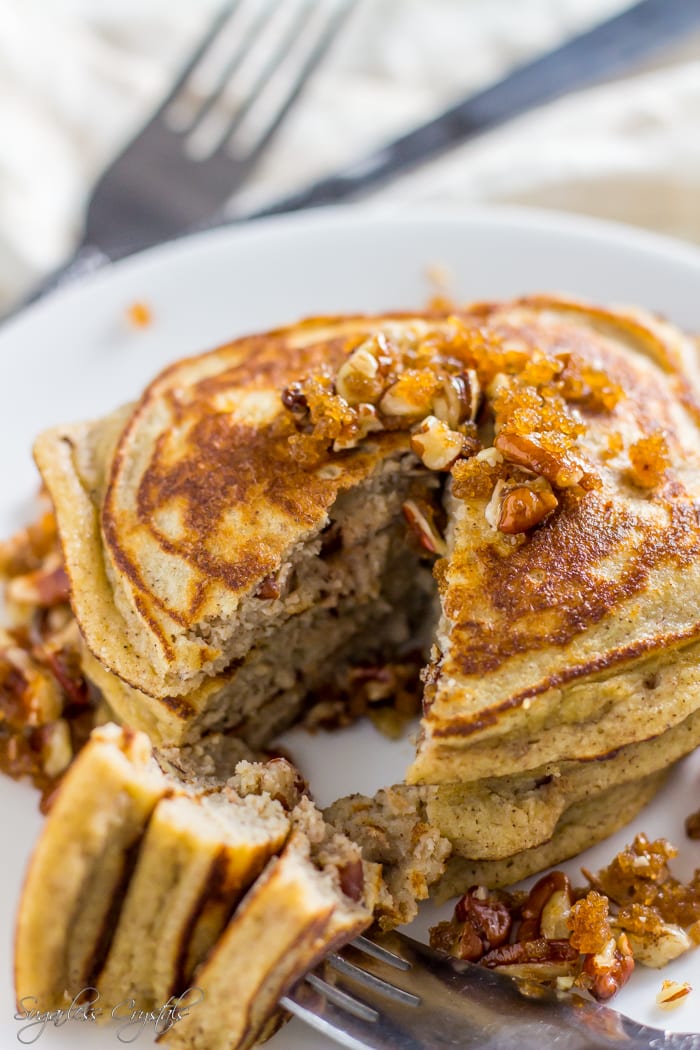 What is coconut flour?

Coconut flour is a alternative to your basic flours containing gluten or even nut flours. It is made from the dried meat of the coconut milled down into a fine powder.

To add,be aware it cooks much differently. You can sub coconut flour 1:1 but we will dive into that below.

Completely! Coconut flour is nothing but coconut. No additives whatsoever. The only ingredient listed should be “coconut flour” and anything else leave it in the store! 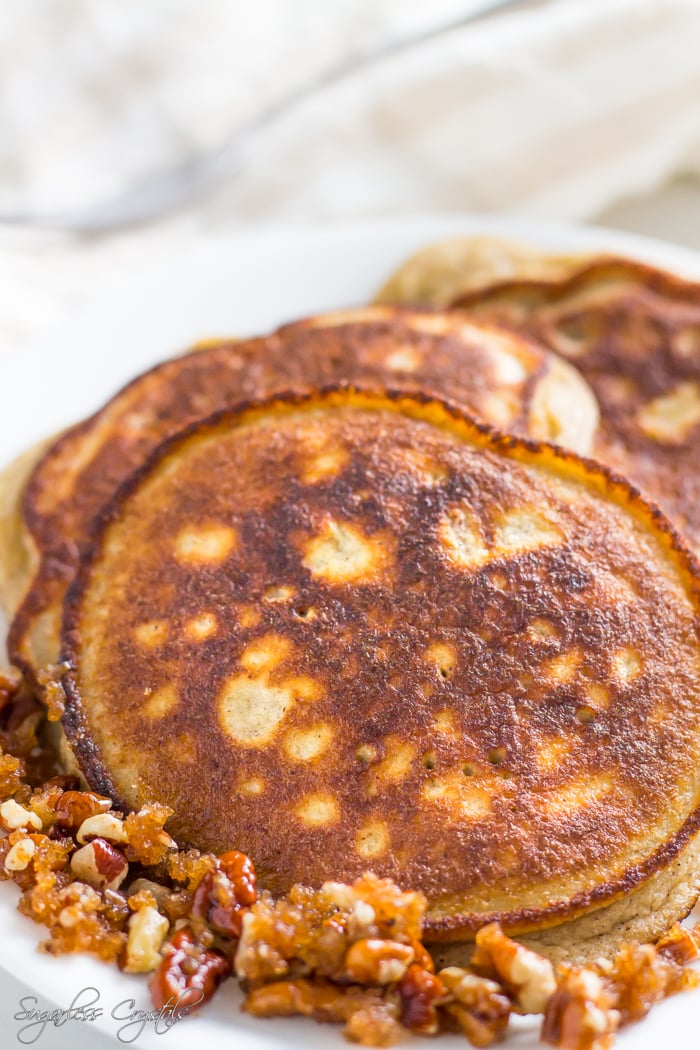 Picturing the sweetness combination of the buttery pancakes and that sticky sweet syrup. Keto pecan pie is a thing that I haven’t been fortunate to have yet. In truth, I’m not sure if I need a cheat day or to try the low carb pecan pie yet. The scent of the cinnamon and pecans just reminds me of a cinnabon. I need help! Jesus take the wheel!

There are ways to counter this by controlling the moisture. Most people load coconut flour with eggs which help the recipe not be dry but guess what? It now taste like eggs!

It is a bad idea to subbing coconut flour for almond flour or vice versa. The average ratio ranges from 3:1 to 4:1 needing much more almond flour. It’s best to avoid subbing the flours altogether due to this. The moisture in the recipe changes along with the flour amounts.

From my experience you should go for a thick coconut flour pancakes batter. The thinner the batter when it begins to cook it tends to be airy and spongy. The bad thing is if its too thick you will get a dry, crumbly pancake. 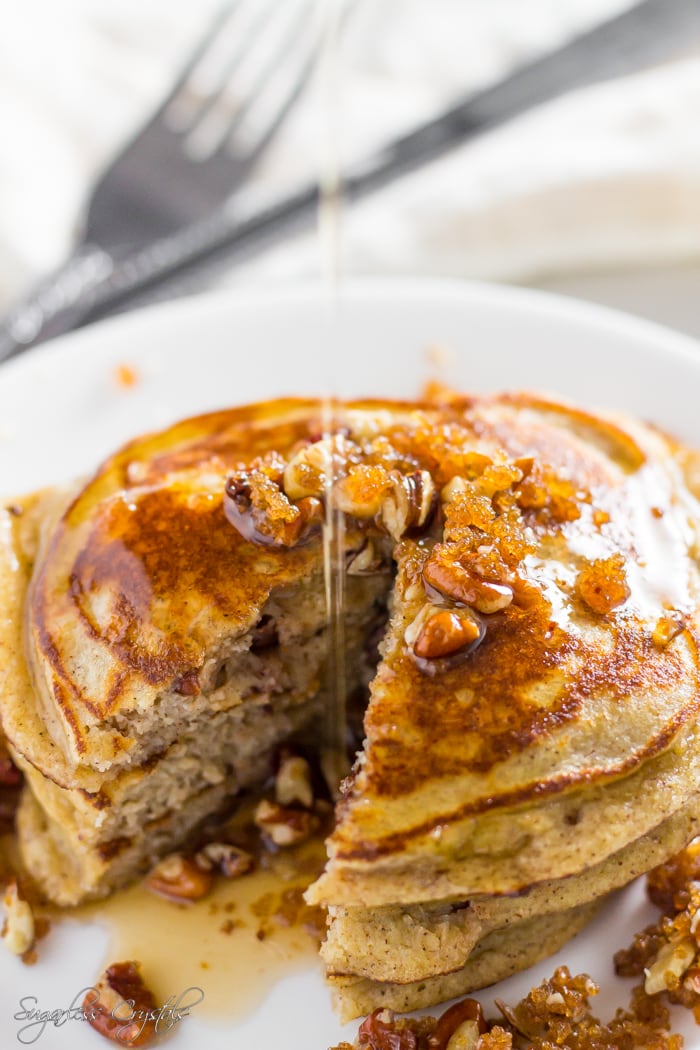 Can you make it nut free?

Of course, the almond milk and the pecans aren’t a necessity. Although highly recommended they don’t have to be there to still enjoy these delicious coconut flour pancakes.

The pecans do add a unique taste as well as texture. Without them(pecans) you will tell a difference, but it won’t take away from the butteriness of the pancake in itself.

To add, switching the almond milk or even the coconut oil doesn’t result in much of a difference to me in taste. Using a butter alternative to the coconut oil I expected more of a buttery taste that I didn’t receive. Oil and milk play a huge role in the pancakes maintaining that moist texture, avoiding the standard dryness of the coconut flour.

Did I mention, if you replace the butter they are completely dairy free? I literally just thought about it! How awesome is that? A few great alternatives might be coconut milk if you have a nut allergy as well.

These coconut flour pancakes have macros down to the science. Fat at 33g, Net carbs at 3g, and Protein at 14g makes these a breakfast for champions. In conclusion, you can’t compete with a low carb breakfast of this magnitude. A pecan pie, cinnabon smell with a moist pancake loaded with a pecan crunch. In addition adding that sugar free maple syrup, have I outdid myself once again? 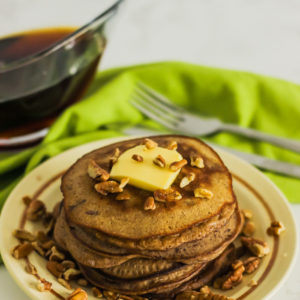 Bring all ingredients to room temperature. This is important to keep coconut oil from hardening while mixing. Butter can be substituted for coconut oil if you would like to avoid this issue. Powdered sweetener can be subbed for 1/4 tsp of psyllium husk Macros: Fat 33g
Net Carb 3g
Protein 14g
Tried this recipe?Leave a rating and comment, thank you