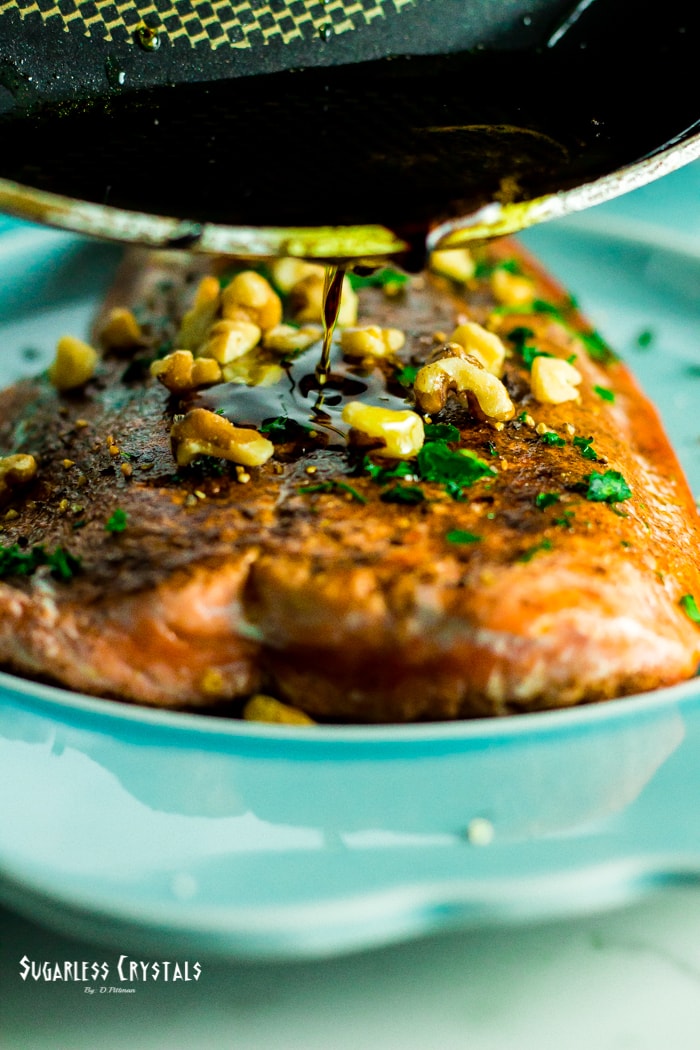 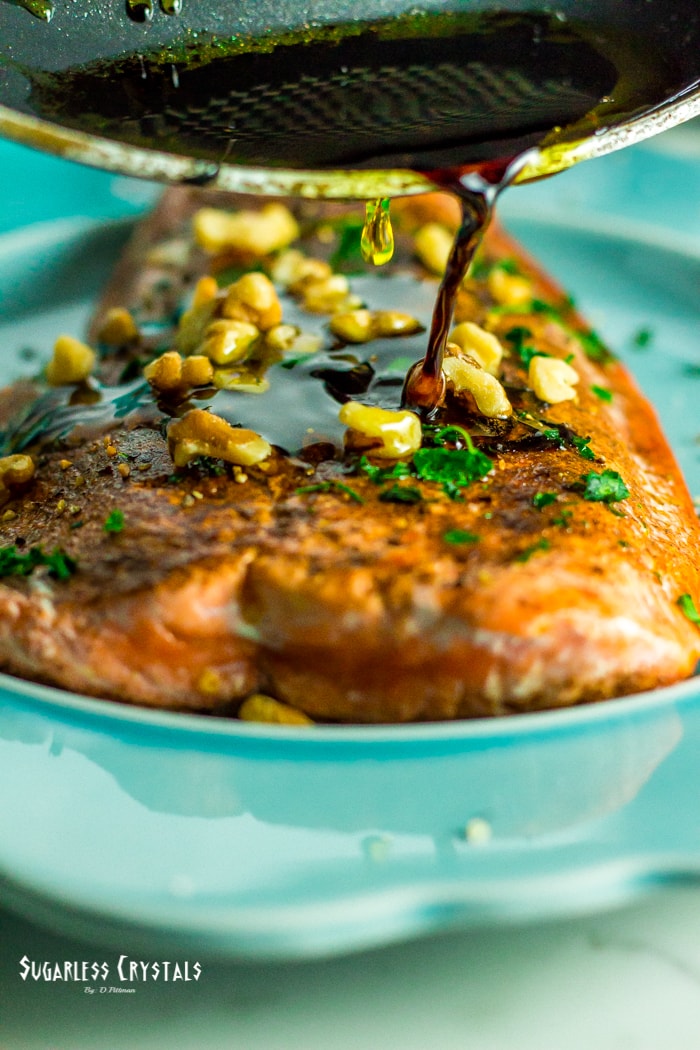 Salmon tend to have mixed reviews from people. Some love it, others hate it, then there are the few indifferent people. But as a seafood eater, it’s a must try! Am I right? 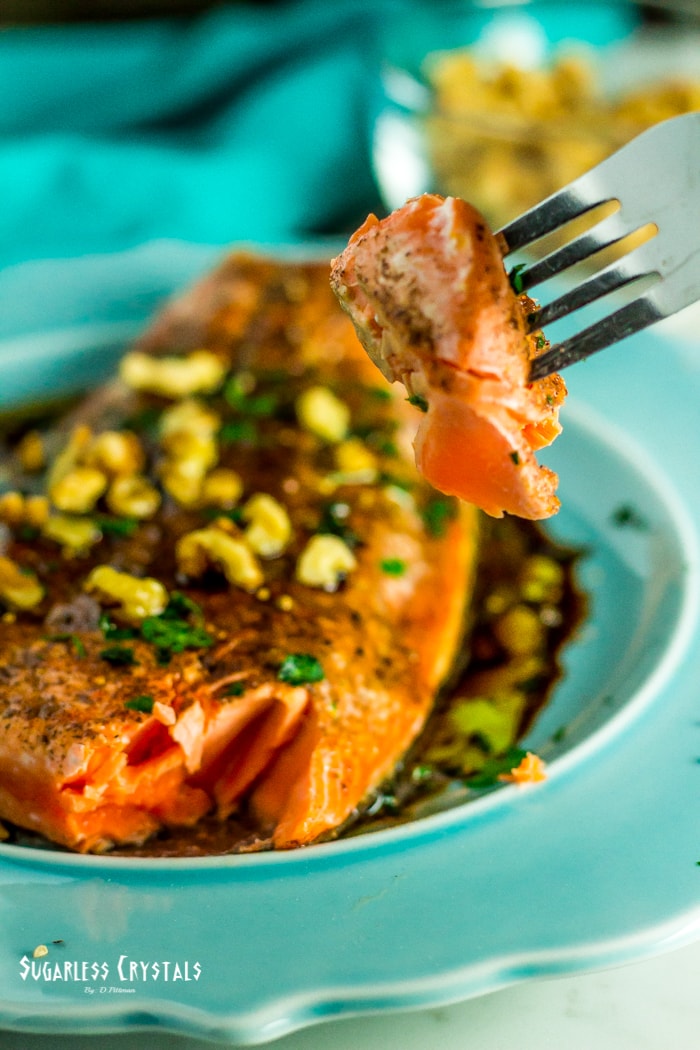 Garlic buttered fish will always be a legend. Butter and fish are like Shaq and Kobe. Unstoppable! For example, being a seafood lover it’s not that the taste gets old. Never ever tiring, you just ask, what else can I do with this? On average, as people we don’t think of all the options available to us.

You say lemon pepper? How cliche!

Walnut crusted salmon was already a thing. Low carb salmon with flavor was what needed its direction. My inspiration came from nuts and cinnamon. Some nuts and cinnamon pair so well with something sweet. Such as pecans, almonds, and notably walnuts. Not that I’m tired of sweeteners. Let’s just say I wanted to cut back. But, there are condiments that contain a natural sweetness, and balsamic vinegar is one.

Ever had fish with vinegar topped on it? Tasty!

By all means, I could have candied walnut for this recipe. Yet, I wanted more of a challenge to experiment, and get experience with flavors. 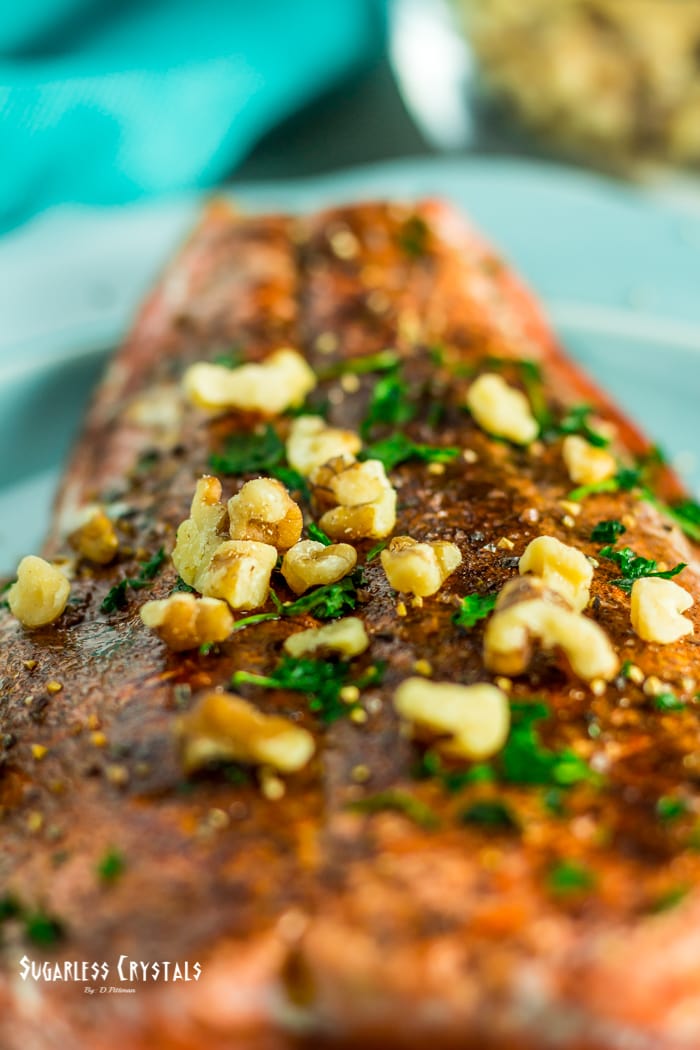 Which Salmon Is The Best To Eat?

Wild caught salmon is the way to go. Farm raised has been proven to be terrible for us. Overcrowded tanks, polluted water, the list goes on and on. Think of the hormones they pump into local grocery store chicken and beef. Farm raised is the seafood equivalent of that. Next time you’re in a grocery store take a look. Wild caught versus farm raised, the visual evidence is there.

Low carb cinnamon walnut pan fried salmon stands out not due to being low carb. But, by not being average. The balances of the spicy and sweet adds something special. Crispy salmon skin with cinnamon crunchy walnuts. Be sure to add this with a savory side in your low carb dinner recipes book!

based off of 4oz servings 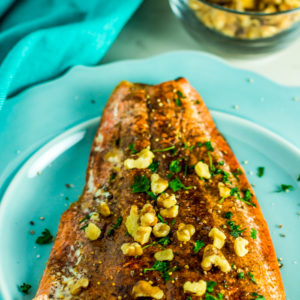 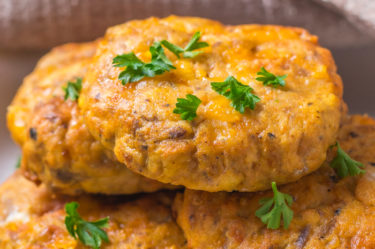 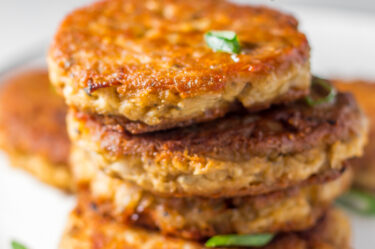