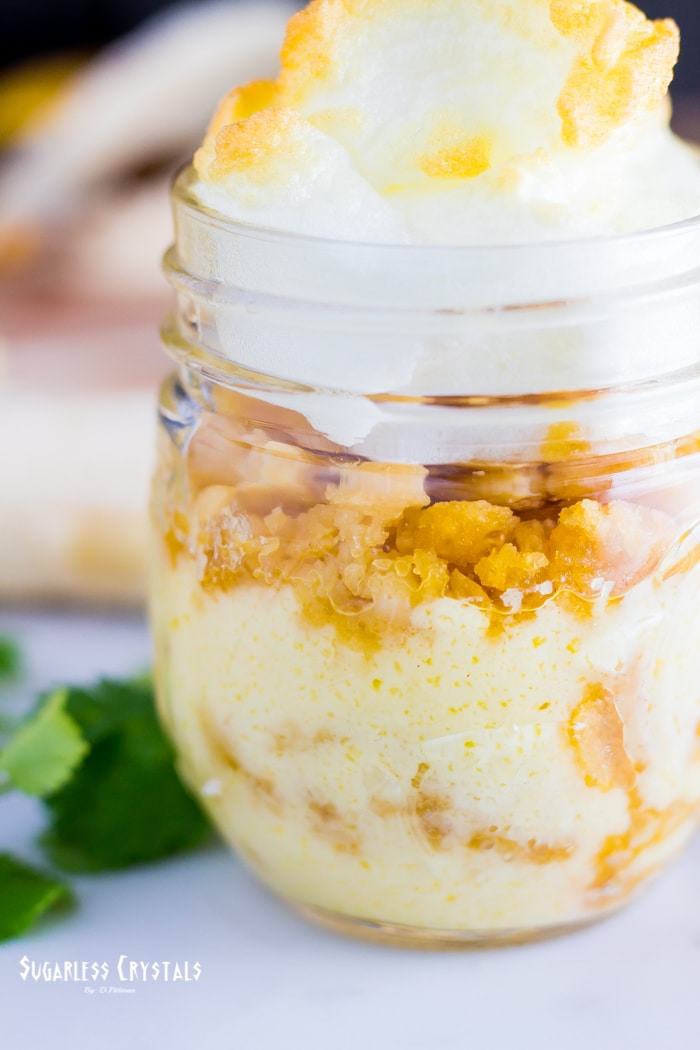 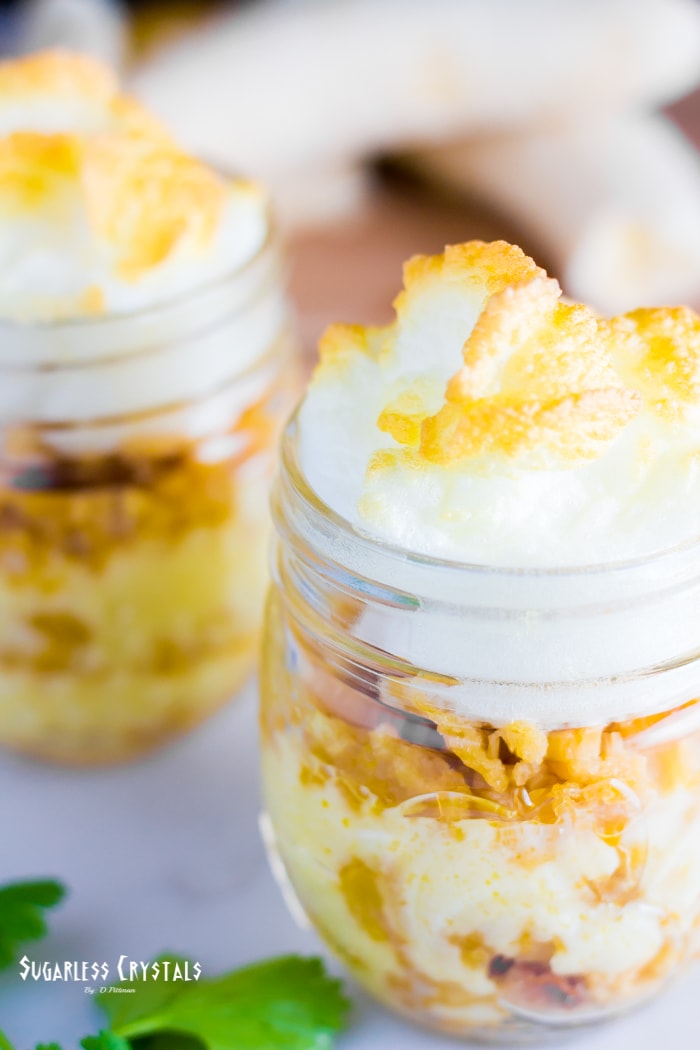 Grandma’s banana pudding is a southern classic. Growing up watching my own grandmother on those special holidays making her breath taking banana pudding. Surely there are meals or desserts in all our lives that bring up old memories.

Similarly to that time when uncle Mike got so drunk he tripped over my aunt’s foot onto the Thanksgiving table. Great times, good laughs. The human experience with food and family simply can’t be duplicated.

And now that you’re low carb, you still don’t have to give that up. 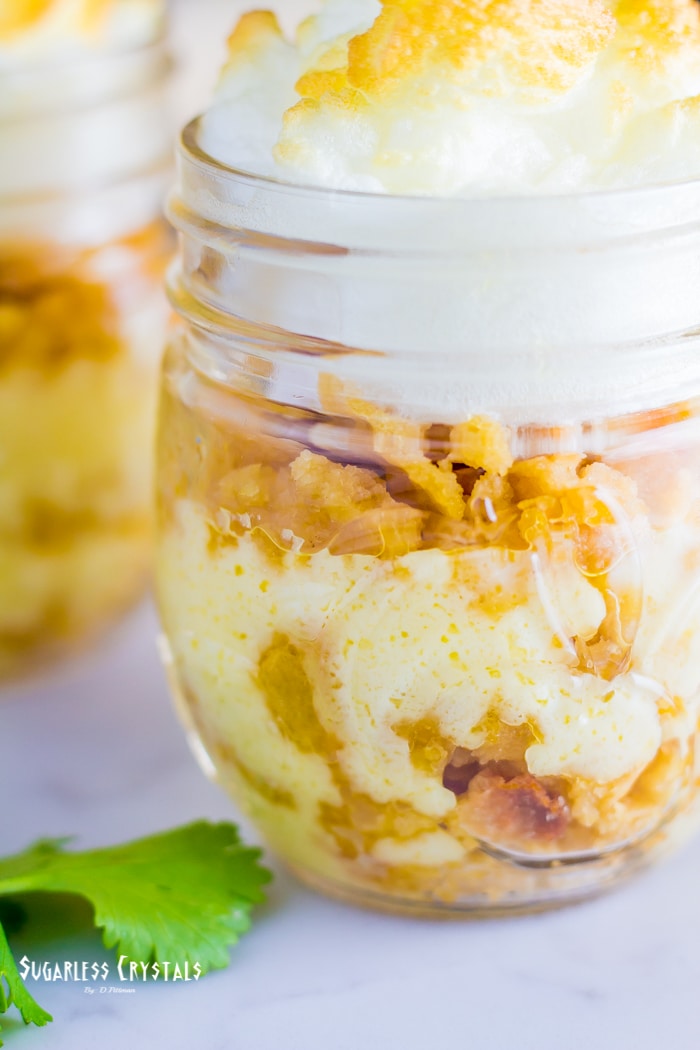 Some love instant pudding, but others love the fresh homemade custard. Both can be a delight. Depends on who you are and what you like. Personally, that homemade custard is mind blowing. The scent of the bananas, with vanilla swimming through the houses up our noses. Fresh out the oven the browning of the egg whites whipped to perfection.

However, we do sugar free desserts. So the custard made with evaporated milk just won’t cut it. Powdered milk isn’t even a option, though heavy cream is. Which is why this is more of a instant banana pudding. The kind you find in the grocery store by the gelatin, yeah that one! If you are a fan of that banana pudding sit back and strap on your seat belts.

What I did here was create a combination of the two. The pudding it self has to be heating in order to cook the egg yolks. But, if you would like to place in the oven in order to cook your egg whites at the top, you’ll have that option.

Notably, some people prefer a whipped cream or cool whip to top. That is just fine as well. I left the recipe open to however your sweet heart desires. 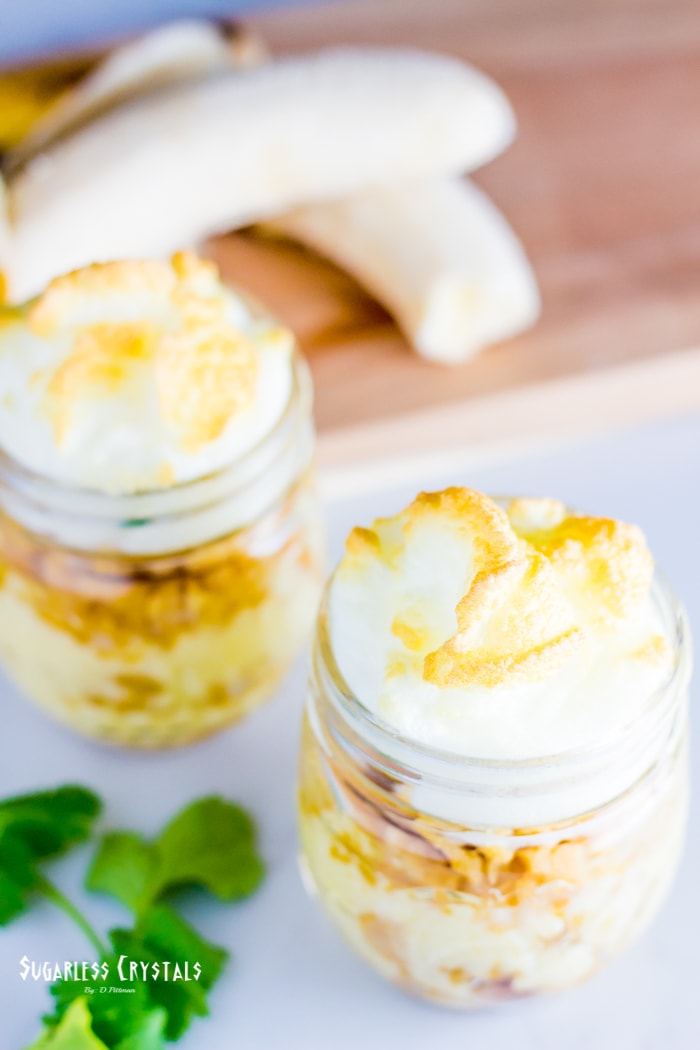 In conclusion, a few tips for your choice. I recommend crunchy cookies in this recipe. If you plan to mix them the dryness of the cookie allows them to stay crunchy while in the pudding. I added cookies overnight and given the time they still had a crunch. But, when the cookies where soft, they became mushy. Notably, out of the oven.

This low carb banana pudding meets quite a few expectations. Whether you top it with a sugar free whipped cream or egg whites. Whatever your style there’s a option for you. Keto desserts can be dangerous in the sense you love them so much you can’t just have one bite!

for banana pudding per 3 serving

For a serving of banana pudding with almond flour cookies would be a total of 4g net carbs! 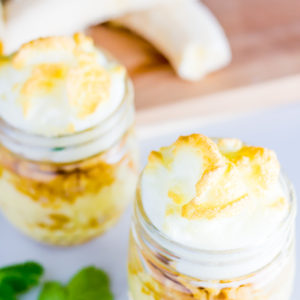 If you plan to bake banana pudding using left over egg whites bring them to room temperature. Using a hand mix add a little salt to them or swerve if you like then beat until fluffy. Once they form soft peaks add to pudding then bake at 350 degrees F for about 15 minutes watching for browning around the 10 minute mark. If you do bake I suggest you allow to cool completely so pudding can thicken back up again it will be much tastier. If you choose to not use egg whites you have the option for whipped cream which I have a recipe here.
Tried this recipe?Leave a rating and comment, thank you
Tags | keto pudding, low carb banana pudding, low carb pudding, sugar free pudding